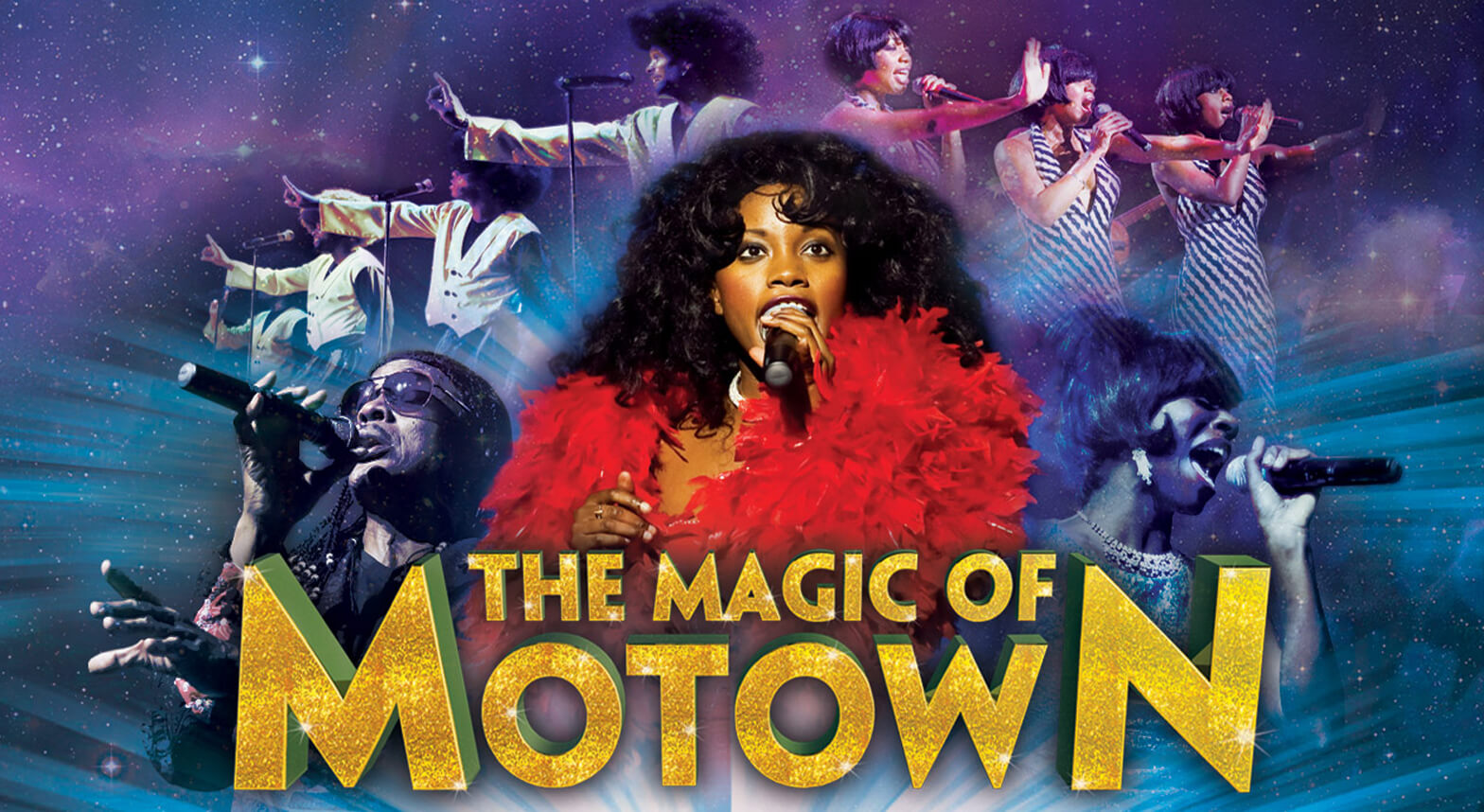 The unstoppable Magic of Motown show steams into town! Seen by over a 1 million people all over the world and recently performed for the Royal Variety Performance.

Celebrate the sound of a generation as the timeless music.  From the likes of Marvin Gaye, Diana Ross, Stevie Wonder, The Temptations, The Supremes, The Four Tops, Martha Reeves, Jackson 5, Lionel Richie, Smokey Robinson.  So many more are recreated for you by an exceptionally talented cast and band.

This breath-taking concert spectacular takes you on a musical journey through all your favourite songs.  These include: Ain’t No Mountain, Signed Sealed Delivered, Grapevine, Get Ready, Dancing In The Streets, My Girl, Blame It On The Boogie, Uptight, Endless Love, My Cherie Amor, All Night Long, Heatwave, I’m Coming Out, Loco In Acapulco plus many more.